What is Medical Marijuana? 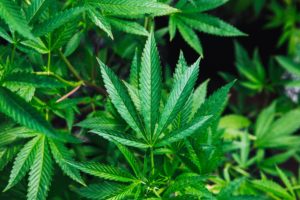 Medical marijuana, also known as medical cannabis, is a type of treatment for various medical symptoms that occur due to a range of illnesses and conditions. Medical marijuana uses pure, unprocessed marijuana plants and extracts to ease patients’ symptoms for 4 to 12 hours at a time.

The active chemicals within the marijuana plant are called cannabinoids, which are similar to the chemicals human bodies produce to control hunger, memory, movement, and pain. Marijuana contains at least 85 types of cannabinoids and most have been documented as having medical value. Over the years, products and marijuana strains have been created that produce increased doses of specific cannabinoids, helping treat specific illnesses and symptoms.

What Does Medical Marijuana Treat?

Medical marijuana is prescribed to treat a range of conditions including appetite loss, nausea, muscle spasms, cachexia, and pain caused from:

What Are the Side Effects of Medical Marijuana?

Due to the social stigma surrounding marijuana, most individuals think that it causes extreme side effects. However, according to Marijuana Doctors, the side effects that can occur are relatively harmless and easy to control. These side effects consist of:

If any of these side effects are experienced, it’s recommended to decrease the dosage and/or take the dosage at a different time of day to see if the effects subside.

How is Medical Marijuana Used?

The treatment can be smoked, vaporized, or mixed into recipes to create cannabis-infused edibles. If those options aren’t preferred, physicians can also prescribe synthetic forms of marijuana such as Marinol, Cesamet, and Syndros. Marinol and Cesamet come in capsules that are taken orally, while Syndros comes in a liquid form and can be taken by mouth through an oral syringe. However, many patients find that the synthetic drugs are too strong and that they don’t provide all of the additional benefits that traditional, plant-grown medical marijuana does.

How Can the Use of Medical Marijuana Help Seniors in Assisted Living Facilities?

Medicare recently considered cutting payments for long-term, high-dose prescriptions for opioids. Many medical advocates were concerned about how pain would be managed in the older adult population. Ultimately, the proposal was not enacted. Instead, physicians should be identifying and employing best practices for patients that are using high-dosage opioids. However, some Medicare and insurance plans have begun to deny payments for opioid prescriptions that exceed a certain limit.

Medical marijuana can act as a substitute for many prescription drugs since it treats such a wide range of conditions. In fact, Kaiser Health News reported on recent research that suggests that in states in which medical marijuana has been legalized, there was a decline in the number of Medicare prescriptions for drugs. This decline has created a dip in spending by Medicare Part D, making it beneficial for both the government and the end user.

Senior patients won’t have to worry about accidentally taking too much of the drug if licensed caretakers are managing each residents’ cannabis use. Licensed caretakers take control of the medication amount and regulate when it’s administered, eliminating additional stress or risk. Additionally, seniors can be assured that a trained professional in applicable state and federal medication administration guidelines is supervising them as they use the treatment and monitoring them in case there is ever an adverse reaction.

In a study published in the European Journal of Internal Medicine, patients 65 years of age or older each received medical marijuana as a treatment for their ailments, including pain and cancer side effects. In 6 months, 93.7% of respondents indicated that their medical conditions improved and their pain was reduced significantly.

Positive research on the benefits of medical marijuana for chronic diseases in the older adult population has continued to mount. Scientists from the Salk Institute, founded by the inventor of the Polio vaccination, Jonas Salk, have found preliminary evidence that THC and other compounds found in marijuana can promote the removal of amyloid beta protein in the brain. The protein is thought to play a large role in the progression of Alzheimer’s disease.

Despite its stigma, medical marijuana has the opportunity to support the management of many chronic diseases as long as the delivery and dosage can be assured for safety.

Is Medical Marijuana Use Allowed in Assisted Living Facilities?

Medical marijuana is currently legal in 29 states and can be purchased from marijuana dispensaries within those states.

The Department of Public Health has recently allowed trained facility staff members to act as “personal caregivers” to residents. This means that staff members are permitted to help residents use prescribed marijuana. However, every state and long-term care facility has its own policies on the use of marijuana, and facilities may or may not allow marijuana to be administered to residents.

A fear among health directors is that assisted living facilities may not have enough certified personal caregivers available 24 hours a day. This generates the question of whether facilities should hire additional certified employees, invest in the certification of existing staff members, or set aside the issue entirely and prohibit the use of medical marijuana.

In addition to staffing matters, there has been a lot of concern that the use of medical marijuana could result in facility defunding since it goes against federal law. According to InhaleMD, many senior care facilities are regulated by the government and are funded through Medicaid and Medicare in return for complying with certain federal standards and laws.

In other words, while medical marijuana is technically allowed in legalized states, it’s up to each facility to decide whether or not their residents will be allowed to use it.

Ensure staff is effectively managing resident medications in your facility with the help of our medical awareness training package.